The Gadsden area is served by a main line of Norfolk Southern Railways and by OmniTRAX, the largest private railroad operator in North America.

OmniTRAX is leasing the CSX Transportation rail line between Birmingham and Guntersville, which runs through Etowah County.  The line is being operated by an OmniTRAX subsidiary, the Alabama & Tennessee River Railway.  From its headquarters in Gadsden, the ATRR interchanges with CSX at Birmingham and with Norfolk Southern at Gadsden, and serves the Port of Guntersville on the Tennessee River.

Rail/truck transloading services are available in the Gadsden Industrial Park.  It is served by both railroads and has locomotives on site to perform switching.  The park has rail and truck scales, as well as cranes with lifting capacities up to 200 tons. 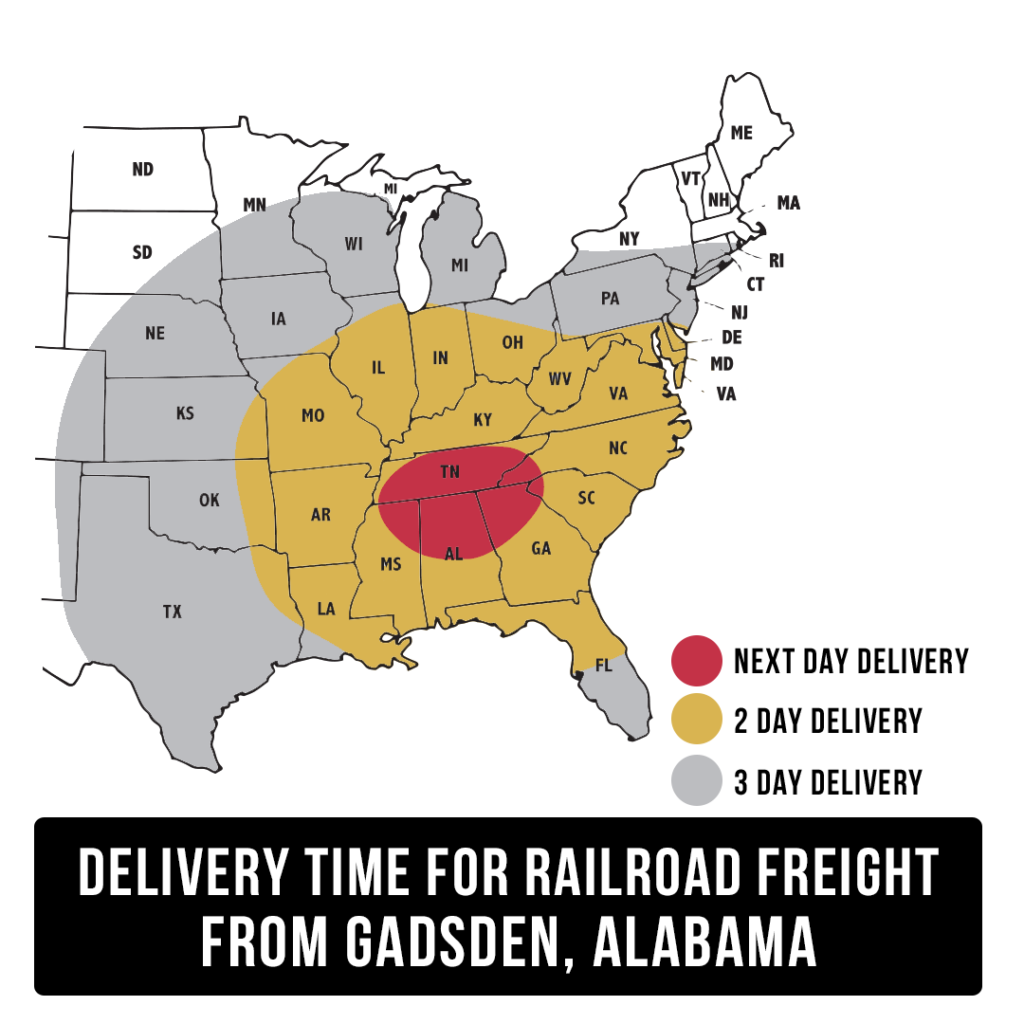